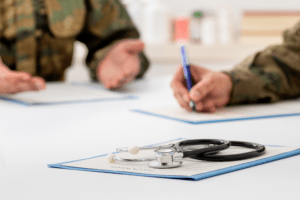 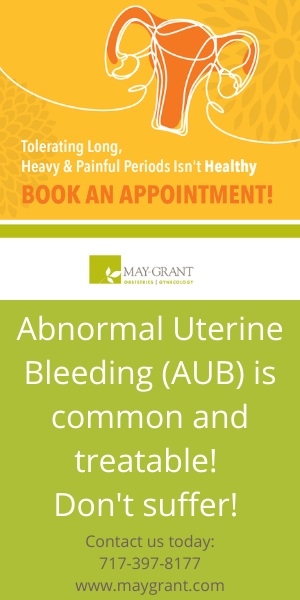 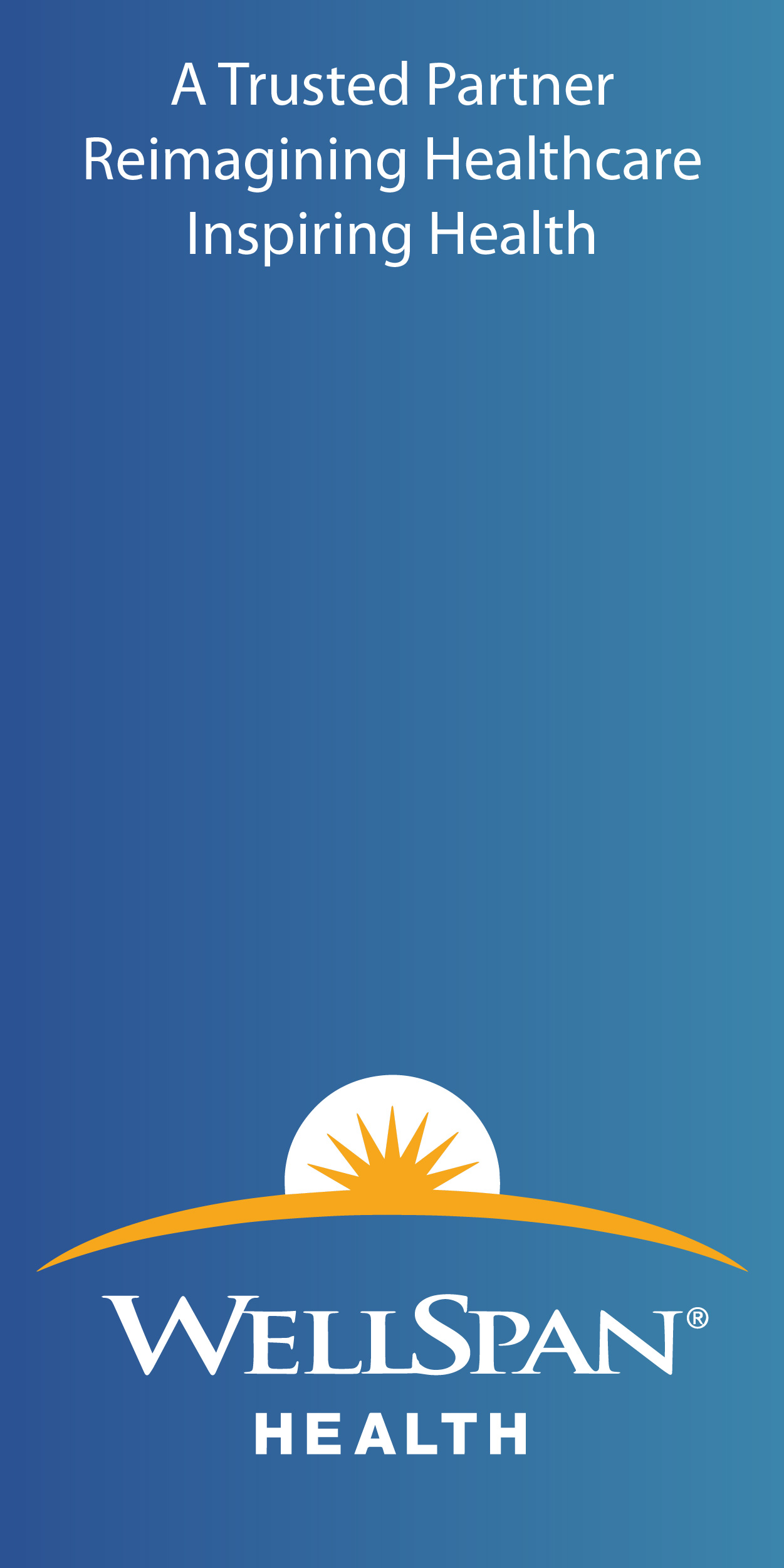 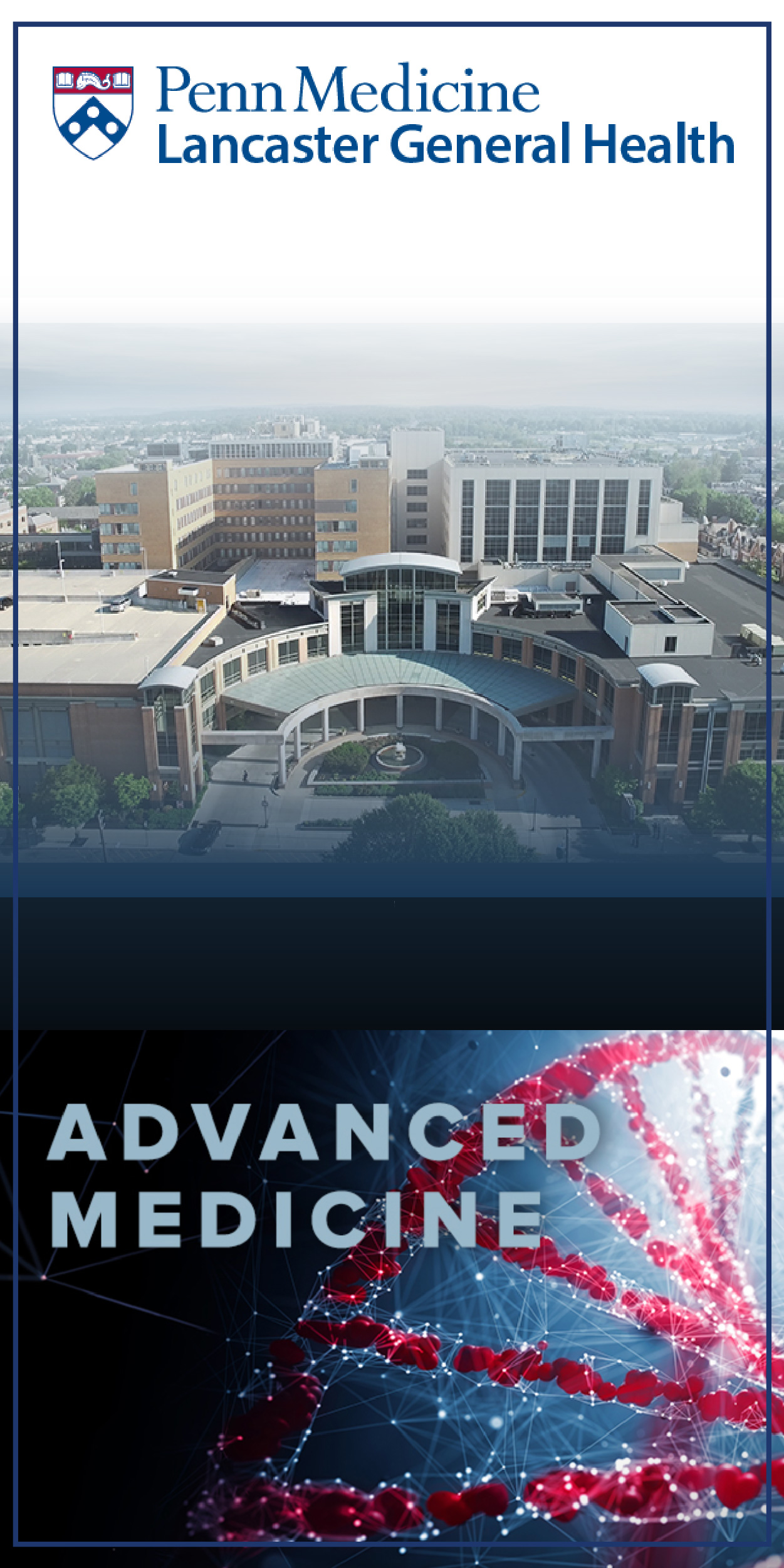 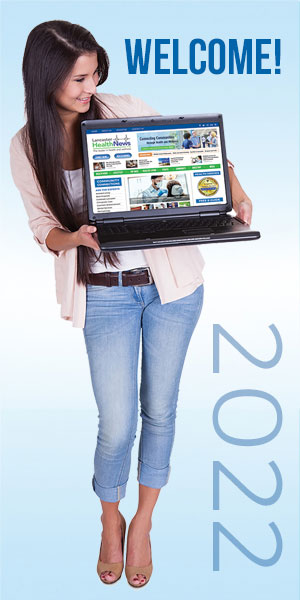 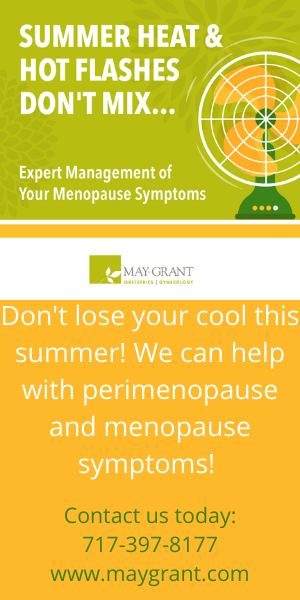 Home » 16 Superfoods That Are Worthy of the Title

Nutritionally speaking, there is no such thing as a superfood.

The term was coined for marketing purposes to influence food trends and sell products. The food industry bestows the superfood label on nutrient-rich foods with a supposed capacity to positively affect health.

Though many foods could be described as super, it’s important to understand that there is no single food that holds the key to good health or disease prevention. But since the term “superfood” doesn’t seem to be going anywhere anytime soon, it may be worth taking a closer look at some healthy options.

Here are 16 foods that may be worthy of the esteemed superfood title.

Part of what makes DGLVs so super is their potential to reduce your risk of chronic illnesses including heart disease and type 2 diabetes.

They also contain high levels of anti-inflammatory compounds known as carotenoids, which may protect against certain types of cancer.

Some DGLVs have a bitter taste and not everyone enjoys them plain. You can get creative by including them in your favorite soups, salads, smoothies, stir-fries, and curries.

Berries are a nutritional powerhouse of vitamins, minerals, fiber, and antioxidants. The strong antioxidant capacity of berries is associated with a reduced risk of heart disease, cancer, and other inflammatory conditions. Berries may also be effective in treating various digestive and immune-related disorders when used alongside traditional medical therapies.

Some of the most common berries include:

Whether you enjoy them as part of your breakfast, as a dessert, on a salad, or in a smoothie, the health benefits of berries are as versatile as their culinary applications.

Originally from China, green tea is a lightly caffeinated beverage with a wide array of medicinal properties. Green tea is rich in antioxidants and polyphenolic compounds which have strong anti-inflammatory effects. One of the most prevalent antioxidants in green tea is the catechin epigallocatechin gallate or EGCG. EGCG is likely what gives green tea its apparent ability to protect against chronic diseases including heart disease, diabetes, and cancer.

Research also indicates that the combination of catechins and caffeine in green tea may make it an effective tool for weight loss in some people.

Eggs have historically been a controversial topic in the nutrition world due to their high cholesterol content, but they remain one of the healthiest foods. Whole eggs are rich in many nutrients including B vitamins, choline, selenium, vitamin A, iron, and phosphorus. They’re also loaded with high-quality protein. Eggs contain two potent antioxidants, zeaxanthin and lutein, which are known to protect vision and eye health.

Despite fears surrounding egg consumption and high cholesterol, research indicates no measurable increase in heart disease or diabetes risk from eating up to 6–12 eggs per week. In fact, eating eggs could increase “good” HDL cholesterol in some people, which may lead to a favorable reduction in heart disease risk. More research is needed to draw a definite conclusion.

Legumes, or pulses, are a class of plant foods made up of beans (including soy), lentils, peas, peanuts, and alfalfa.

They earn the superfood label because they’re loaded with nutrients and play a role in preventing and managing various diseases. Legumes are a rich source of B vitamins, various minerals, protein, and fiber.

Research indicates that they offer many health benefits including improved type 2 diabetes management, as well as reduced blood pressure and cholesterol. Eating beans and legumes regularly may also promote healthy weight maintenance, due to their ability to improve feelings of fullness.

Nuts and seeds are rich in fiber, vegetarian protein, and heart-healthy fats. They also pack various plant compounds with anti-inflammatory and antioxidant properties, which can protect against oxidative stress.

Research indicates that eating nuts and seeds can have a protective effect against heart disease.

Common nuts and seeds include:

Interestingly, even though nuts and seeds are calorically dense, some types of nuts are linked to weight loss when included in a balanced diet.

Kefir is a fermented beverage usually made from milk that contains protein, calcium, B vitamins, potassium, and probiotics. Kefir is similar to yogurt but has a thinner consistency and typically more probiotic strains than yogurt.

Though kefir is traditionally made from cow’s milk, it’s typically well tolerated by people with lactose intolerance due to the fermentation of the lactose by bacteria. However, it’s also made from non-dairy beverages such as coconut milk, rice milk, and coconut water. You can purchase kefir or make it yourself. If you’re choosing a commercially prepared product, be mindful of added sugar.

Garlic is a plant food that is closely related to onions, leeks, and shallots. It’s a good source of manganese, vitamin C, vitamin B6, selenium, and fiber. Garlic is a popular culinary ingredient due to its distinct flavor, but it has also been used for its medicinal benefits for centuries.

Research indicates that garlic may be effective in reducing cholesterol and blood pressure, as well as supporting immune function. What’s more, sulfur-containing compounds in garlic may even play a role in preventing certain types of cancer.

Olive oil is a natural oil extracted from the fruit of olive trees and is one of the mainstays of the Mediterranean diet.

Its biggest claims to health are its high levels of monounsaturated fatty acids (MUFAs) and polyphenolic compounds. Adding olive oil to your diet may reduce inflammation and your risk of certain illnesses such as heart disease and diabetes. It also contains antioxidants such as vitamins E and K, which can protect against cellular damage from oxidative stress.

Ginger comes from the root of a flowering plant from China. It’s used as both a culinary flavor enhancer and for its multiple medicinal effects.

Ginger root contains antioxidants, such as gingerol, that may be responsible for many of the reported health benefits associated with this food. Ginger may be effective for managing nausea and reducing pain from acute and chronic inflammatory conditions. It may also reduce your risk of chronic illnesses such
as heart disease, dementia, and certain cancers.

Ginger is available fresh, as an oil or juice, and in dried/powdered forms. It’s easy to incorporate into soups, stir-fries, sauces, and teas.

Turmeric is a bright yellow spice that is closely related to ginger. Originally from India, it’s used for cooking and its medicinal benefits.

Curcumin is the active compound in turmeric. It has potent antioxidant and anti-inflammatory effects and is the focus of most research surrounding turmeric. Studies show that curcumin may be effective in treating and preventing chronic diseases such as cancer, heart disease, and diabetes. It may also aid wound healing and pain reduction.

One drawback of using curcumin medicinally is that it’s not easily absorbed by your body, but its absorption can be enhanced by pairing it with fats or other spices such as black pepper.

Salmon is a highly nutritious fish packed with healthy fats, protein, B vitamins, potassium, and selenium. It’s one of the best sources of omega-3 fatty acids, which are known for a variety of health benefits, such as reducing inflammation. Including salmon in your diet may also lower your risk of heart disease and diabetes and help you maintain a healthy weight.

A potential drawback of eating salmon and other types of seafood is their possible contamination with heavy metals and other environmental pollutants. You can avoid potential negative effects by limiting your consumption of fish to two to three servings per week.

Avocado is a highly nutritious fruit, though it’s often treated more like a vegetable in culinary applications. It’s rich in many nutrients, including fiber, vitamins, minerals, and healthy fats.

Similar to olive oil, avocado is high in monounsaturated fats (MUFAs). Oleic acid is the most predominant MUFA in avocado, which is linked to reduced inflammation in the body. Eating avocado may reduce your risk of heart disease, diabetes, metabolic syndrome, and certain types of cancer.

The sweet potato is a root vegetable loaded with many nutrients, including potassium, fiber, and vitamins A and C. They’re also a good source of carotenoids, a type of antioxidant that may reduce your risk of certain types of cancer.

Despite their sweet flavor, sweet potatoes don’t increase blood sugar as much as you might expect. Interestingly, they may actually improve blood sugar control in those with type 2 diabetes.

Some of the most common varieties of edible mushrooms are button, portobello, shiitake, crimini, and oyster mushrooms.

Though nutrient content varies depending on the type, mushrooms contain vitamin A, potassium, fiber, and several antioxidants not present in most other foods. Interestingly, eating more mushrooms is associated with greater consumption of vegetables in general, contributing to an overall more nutritious diet.

Due to their unique antioxidant content, mushrooms may also play a role in reducing inflammation and preventing certain types of cancers. Another super feature of mushrooms is that agricultural waste products are used to grow them. This makes mushrooms a sustainable component of a healthy food system.

Seaweed is a term used to describe certain nutrient-rich sea vegetables. It’s most commonly consumed in Asian cuisine but is gaining popularity in other parts of the world due to its nutritional value.

Seaweed packs multiple nutrients, including vitamin K, folate, iodine, and fiber. These ocean vegetables are a source of unique bioactive compounds — not typically present in land vegetables — which may have antioxidant effects. Some of these compounds may also reduce your risk of cancer, heart disease, obesity, and diabetes.

Achieving optimal health through food and nutrition is about more than focusing on one or two of the latest food trends. Instead, good health is best supported by eating a variety of nutritious foods every day. Including some, or all, of the foods on this list as part of a balanced diet can benefit your overall health and may prevent certain chronic diseases. 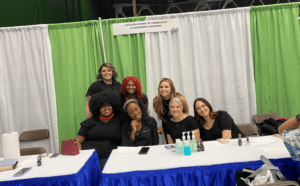 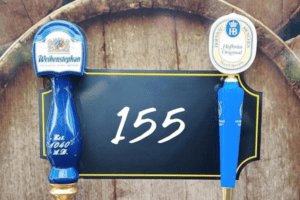 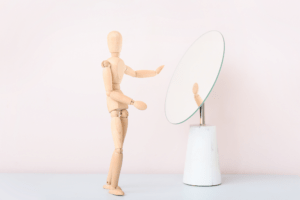 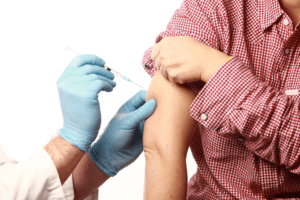 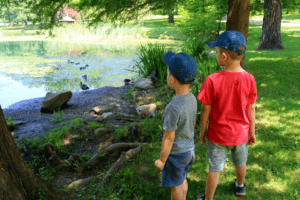 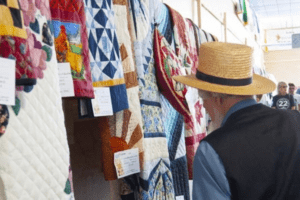 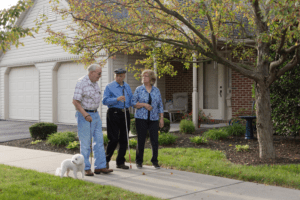 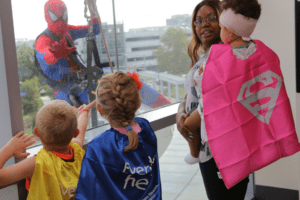 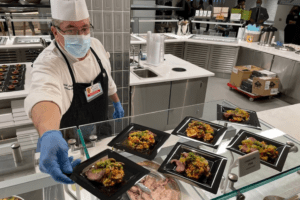 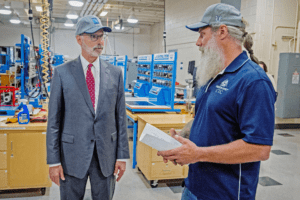 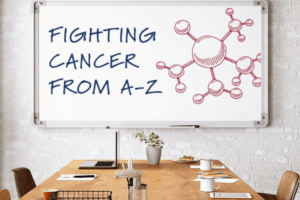 Back To School Vaccines and What PA Requires 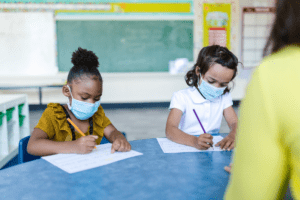 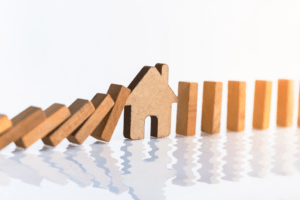